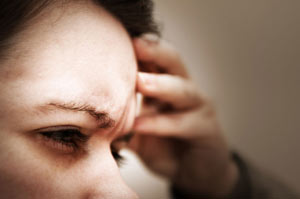 Our immune systems are supposed to protect us against bacteria and viruses that may cause infections or diseases. Although the occurrence is somewhat rare, every now and then a person’s immune system becomes confused, allowing healthy tissues to come under attack. The occurrence of this strange phenomenon is known as an autoimmune disease.

In the United States, the percentage of people diagnosed with an autoimmune disease is fairly low. But women and certain ethnicities seem to be affected more often.

There is also evidence that autoimmune diseases may be hereditary. This doesn’t mean that anyone with relatives who have been officially diagnosed will automatically inherit the condition. However, if anyone in your family has been diagnosed, it’s a good idea to be aware of the symptoms and check in regularly with your doctor.

Some more common than others

Although the chance of being diagnosed with one of the more than 80 autoimmune diseases known to exist may be low, there are some that are more prevalent than others. These include rheumatoid arthritis, systemic lupus erythematosus, celiac sprue disease, scleroderma, psoriasis and several others.

But I have so many symptoms

Autoimmune diseases can affect any part of the body, with the most common being joints, muscles, skin, red blood cells, blood vessels, connective tissue and endocrine glands. This is why there are many different diseases that fall within this category, but this also means there are a seemingly endless number of symptoms associated with such diseases. Some of the most common symptoms are fatigue, fever, and a general feeling of being unwell.

Unfortunately, the vast range of somewhat non-descript symptoms means that the average person who regularly turns to the internet to look up their ailments online has probably self-diagnosed themselves with one or more autoimmune diseases.

Although autoimmune diseases are very real and can be quite debilitating, they are still considered uncommon. It’s quite likely that your fatigue may be caused by something as simple as not get enough sleep, or you may be feeling unwell if you’re coming down with an illness.

However, any symptoms you’re having should be evaluated by a healthcare provider. It’s especially important to do this before you take any steps in self-diagnosis or treatment. It can be difficult even for doctors to diagnose autoimmune diseases, as many of the tests used are quite sensitive and may be impacted by any recent changes in medications, vitamins or diet.