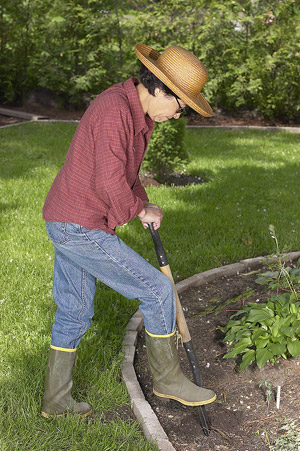 If you like to spend more time on the sofa than on the treadmill-blame your mother. New research suggests it’s not your fault. You may be genetically programmed to be sedentary, while skinny people are just naturally motivated to get up and dance.
Good news for couch potatoes and jumping beans alike-no more need to feel guilty-evidence suggests your activity level may be genetically pre-determined.

Non-exercise activity thermogenesis, or NEAT appears to be a defining characteristic of body type. Think of NEAT as a switch controlling activity level. If you overeat, it increases energy output, and helps burn those extra calories. When it fails to engage, calories accumulate as fat.

Obese people seem to have a faulty switch, which accounts for their more sedentary habits -that’s the finding of researchers at the Mayo Clinic in Rochester Minnesota, (http://www.Mayoclinic.com). The overweight are biologically programmed to sit, no matter how little or great their food intake.

A team headed by endocrinologist Dr. James Levine, measured the expenditure of calories in a study whose participants were instructed to carry out their regular, daily activities-wearing sensor-equipped underwear. Calculating a person’s NEAT requires precise measurement of every movement, no matter how innocuous.

Ever wonder how many calories you burn while driving, or watching television? The answer can be found among the millions of lines of data downloaded from the sensors, which were recorded non-stop over a ten-day period.

Twenty people were monitored, half of them obese and the other ten lean. All were healthy, lived in Rochester and were instructed to conduct themselves normally. Diet, however, was strictly controlled, with all food intake supervised by the clinic. The obese subjects were placed on a calorie-reduced diet, the lean ones overfed. Loss of weight had no impact on the activity level of the obese. They remained sedentary, whereas the lean subjects became more energetic, the calorie increase triggering greater movement.

Dr. Levine has concluded that every person has a fixed NEAT, or programmed response to calorie intake. It would seem obese people are at a disadvantage, one that diet alone cannot address. Call them NEAT-challenged- lacking in the impulse that compels others to burn calories.

Since it appears less active people are genetically programmed for a more sedate lifestyle, is it possible their bodies are better equipped to handle excess fat? It’s worth noting that the 10 obese subjects in the Mayo study were as healthy as their lean counterparts.

What about those in the general population who regularly gain and shed weight? What’s their category? Is it likely that people whose weight continually fluctuates may be genetically hay wire?”

His primary goal now is to devise methods of supercharging people’s NEAT.

“A drug is a possibility, but I am not a great fan. We think that motor neuronal plasticity occurs-the brain changes with more NEAT to crave more NEAT and so on. If we are right, obesity will disappear in the next twenty years.”

To achieve such an ambitious goal, people need to focus as much attention on their energy levels as they do food. Dr. Levine determines that on average obese people sit two-and-a- half-hours longer a day than those who are lean. They are burning fewer calories, on the order of 350 every twenty-four hours. Over time that adds-up-hence the urgency of Levine’s message, and its underlying simplicity:

Given a choice between sitting at a desk or walking, Dr. Levine opts for a stroll every time, something he can do on the job because of a unique work station that features a computer mounted over a treadmill. So he’s literally on the go all day, thanks to a little ingenuity and a great deal of resolve. In his case, technology is working for him, a claim few others can make. Look backward instead of forward when seeking ways of increasing your NEAT: