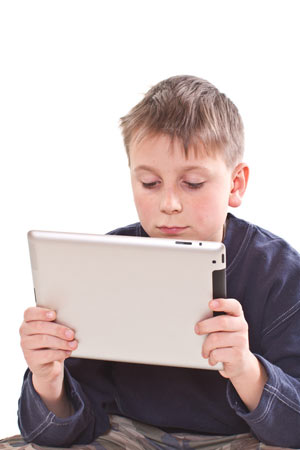 Many of these accusations are geared toward the younger generation, but the older generations who often make such declarations are not immune to the effects of technology, and they may be forgetting that similar statements were made by generations before them. In fact, even Albert Einstein was quoted as being fearful of the day technology surpasses human interaction, as he feared a generation of idiots would prevail.

In today’s modern society, all generations are leading increasingly hectic lifestyles. But are we jamming more into our days because we’re more motivated to make the most of our lives? More than likely it’s because advancements in technology have allowed us to accomplish more in less time, which has set a precedent for keeping up with what our neighbors, coworkers and friends are doing.

With smartphones in hand, consumers go about their busy days – running errands, going to work or picking up the kids – all while texting friends, updating social statuses, checking email, paying bills and even watching videos or catching up on a favorite show.

How doing more makes us lazy

Being able to do all of these activities simultaneously does save time and money, and just generally makes it easier to get more done during the course of a day. However, we’re so accustomed to having instantaneous access to everything and everyone that we become easily frustrated when something isn’t working quite right.

Could we be forgetting that we were somehow able to communicate and get things done before we had smartphones and the internet, or have we just gotten too lazy to do things the old fashioned way? It’s probably a little of both, but it’s clear that technology developments have certainly made things different for all generations.

For those that criticize the younger generation’s inability to communicate without technology, be mindful of the examples you set. Instead of texting family members in your house to tell them it’s time for dinner, take the extra minute to communicate with them in person. You should also teach your children how to do things that involve face-to-face interaction in the real world.

When your teen gets a new job, take them to the bank so they learn how to access their money if they lose their ATM card. You could even send them to the grocery store with cash in hand so they learn to converse one-on-one with the cashier.

Ensuring these basic skills aren’t lost on the younger generation is important. But it’s also important to keep an open mind as to how quickly they adopt new technology, as someday we may be turning to them for help in keeping up.