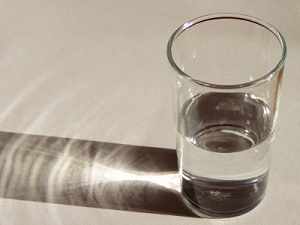 When Rhonda Byrne’s The Secret was published in 2006 and later that same year a movie was made, millions jumped on the power of positive thinking bandwagon. Incredibly, Byrne was merely spouting principals that had already been published for centuries, and yet her “secrets” were digested as the best thing since sliced bread. For those who believe the glass is half full, the power of positive thinking is not only a revelation, it is a way of living, which may reap abundant rewards.

For thousands of years, large populations have been assuming that humans simply sending their positive thoughts out into the universe is enough to bring about positive results. The quote “What we are today comes from our thoughts of yesterday, and our present thoughts build our life of tomorrow: Our life is the creation of our mind” is from the Buddhist religion and followers hold steadfast to this principal; that simply having a positive outlook can create inner wealth.

The Wiccan religion is also one that utilizes the power of positive thinking as a catapult to send out hopes and dreams into the universe. In this religion, Wiccans believe that any emotion, be it positive or negative, has the power to shift how humans feel and think. They also believe that there are Gods and Goddesses who answer with powerful life lessons and good fortunes. Whether religious or not, many people believe in karma coming full circle, whether positive or negative.

Additionally, some folks who have been faced with serious health issues and life stressors starkly believe that the power of positive thinking not only got them through the tough times, but very well may have saved their lives. These people include Gabrielle Giffords, who after being shot in the head and living to tell about it, has gone on the record numerous times stating that it was her positive outlook, as well as medical treatment that helped her recover.

New York Giants Mark Herzlich took the same approach when he was diagnosed with bone cancer two years ago. Although doctors repeatedly told him he would never play football again, Herzlich chose to believe that he would, and never allowed himself to fall into depression. Instead, he remained optimistic that he would beat his cancer, and by all accounts, he has. He also believes that the advances in medicine as well as positive thinking and a good attitude contributed to his beating of the deadly disease.

Those factors however are spiritually based. For those who don’t believe in a particular religion, there is still science. So what does science tell us about the power of positive thinking? A lot actually. Numerous studies have been conducted in an effort to define whether or not positive thinking can better our sense of well being, and our overall health.

Various studies have shown that people who suffer from long bouts of depression tend to have higher instances of diseases of the heart and liver. Another study that researched female Alzheimer patients concluded that those women who were not stressed and who had a more positive outlook on life fared much better in their recovery and memory recall than those who were overtly depressed or stressed.

Recently a group of law students who were in their first year were studied and samples of their immune cells were taken. Samples from both students who had a positive outlook of the coming year, as well as students who felt unsure or insecure were taken; mid-year the same researchers continued their study and found that the students immune cells who set out on their paths with optimisms and confidence were much healthier than those who were worried or concerned.

The study went on to say that when we are stressed, our bodies may release stress hormones, which then make their way into the bloodstream, causing the immune system to deteriorate and therefore makes us more susceptible to illness and disease.

The Scientific American journal has long reported that people who are more positive or practice the power of positive thinking may have a 55% lower risk of disease, especially diseases of the heart and mind.

Although much of the research on the topic of the power of positive thinking is still mystifying, and scientists still aren’t entirely sure why positive thinking may increase health, there is a lot of interesting and semi-conclusive research that points to positive thinking as having some effect on the mind and body. We will have to wait to see what future studies unveil.

What is known however, is that thinking in an upbeat and positive manner when confronted with life’s challenges certainly does make them easier to deal with and get through, as millions have reported.