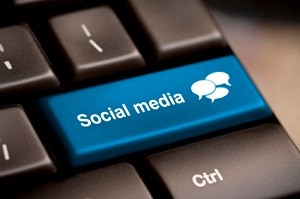 I can remember a time when the landscape of the internet wasn’t dominated by all of these social media websites. It was a much happier place, and it is odd to think that this time was only a few years ago. However, we have now entered a period of change on the internet. It now seems like every man and their dog has an account on Facebook or some other social media network site. What many people aren’t considering however, is whether being a member of a social networking site may actually be ruining their relationship. Let’s take a little look.

Did you know that more and more divorce cases nowadays are citing Facebook as a reason for the destruction of the relationship? In most of these cases inappropriate behaviour on social networks is to blame. For example, many people are logging on to their spouses social media accounts only to find flirtatious messages to other people. People feel they can be secretive online because of passwords, not meeting face to face, etc., but it’s very easy to get caught.

I have also seen plenty of cases where people attempt to hide their relationship status for whatever reason. As you can probably guess, this is just going to lead to tensions. Perhaps because someone is arguing that their spouse is opening themselves up to relationships on Facebook. Sure, in some cases it won’t come to anything but why hide your relationship status? It should be something you’re proud of.

Another relationship breaker when it comes to social media is adding exes as friends. The main purpose of social media is to reconnect with people you haven’t seen in a while but in some cases adding old friends may not be a good idea. Your current partner may question why you want to be friends with an ex and may start to get insecure about your current relationship. Adding an ex as a friend is one of the top reasons for relationship breakdowns.

Many people don’t consider that it isn’t just what is on the website that counts. In fact, plenty of people create a fuss out of nothing. They believe something is going on without any proof that it is actually happen. Let me refer you back to the previous point, many people believe that because an ex is being added there is something ‘untoward’ happening. The majority of the time this will not be the case. As a result, this is going to create major trust issues within a relationship and it is going to break down incredibly quickly as a result. You will be surprised at how many people give this as a reason within divorce courts.

It’s not necessarily the social networks which are destroying relationships, its the people who use social media for the wrong reasons. Unfortunately the use of the internet and social networking sites has made it easier for individuals to behave inappropriately.