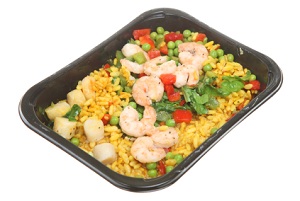 Most of us have eaten processed foods for convenience, whether this is grabbing a sandwich from the supermarket, or a burger from a takeaway joint. However, a lot of chemicals and preservatives have been added to these foods during the ‘processing’ stage as well as a number of other bad things. If you knew exactly what was in them, you would want to steer clear of processed and takeaway food forever.

One of the most common chemicals found in processed food nowadays are ‘artificial colours’. These are made up from a derivative of tar, and are used to enhance the colour. Artificial colours are known to cause allergic reactions, hyperactivity and headaches.

The artificial flavourings that you find in processed food aren’t any better. These are linked to the same problems that can be found in the colours. They may also end up causing thyroid problems if consumed in excess.

Have you seen all of those artificial sweeteners on the market that are designed to be ‘low calorie’? You think these are healthy? Then think again. They have known to have a negative impact on the metabolism, which can lead to increased weight gain. A few varieties have also been linked to pretty aggressive forms of cancer.

Juices are often claimed to be healthy, but many of the citrus based juices have Brominated Vegetable Oil (BVQ) added as a flavour enhancer. This has been known to raise cholesterol and damage organs, not very pleasant really. It can also be found in a number of soft drinks.

The majority of freshly baked goods and soft drinks out there will contain ‘High Fructose Corn Syrup’. This could end up causing weight gain by turning fructose into fat, as well as increasing the chances of getting type-2 diabetes which could lead to heart disease and some types of cancers.

One of the most dangerous chemicals used in food however is sadly one of the most common. This is MSG and is a flavour enhancer used in the majority of take away foods out there. It has been known to cause heart palpitations, weakness, burning sensation, nausea, breathing difficulties and so much more. If there is one chemical you need to cut out of your diet, it is MSG.

This is just a small smattering of the nasty things that you could be consuming on a daily basis. I haven’t even touched upon half it, including Benzoate Preservatives which can be found in almost every fatty dish out there. It is used to prevent food going rancid, however it can cause a number of ‘diseases’ such as tumours and asthma. It is another one that can also damage the internal organs.

This isn’t all though. A common question that is often asked is whether steroids appear in milk and meat. In the United States, many farmers use steroids in order to get their animals to grow much larger, or produce more milk. Whilst it is illegal to give steroids to yourself, it is not illegal to inject them into animals. This means that when you eat meat or drink milk, you could be putting up to six different steroids into your body, this is going to be particularly dangerous for children. If you wish to avoid these then you need to eat organic meat or drink organic milk.

If you eat processed food, then take a look at a label sometime and check out some unfamiliar ingredients, you will be surprised at just how much there is there which could be doing serious harm to your body. This is going to convince you to eat ‘all natural’ food in the future.