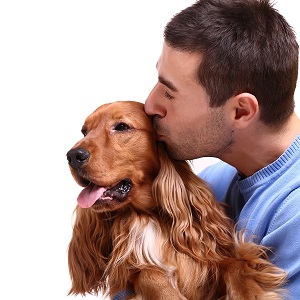 It is often said that a “cat has nine lives” and unfortunately we humans only are gifted with one. Though we don’t have the said nine lives of cats, owning a cat, or any pet for that matter, has been proven to be helpful in sustaining and improving our lives and health. Various studies have been conducted to show how pet ownership can greatly contribute to the health of humans and all of them have turned out remarkable results. A lot of our health depends on lifestyle choices, but our genetics, biology and chemistry also dictate how long and fruitful our lives are. As it turns out, our furry friends can vastly affect our chemistry and moods, thereby allowing us to live longer and be more emotionally stable.

Watching Animals Adds Years to Your Life
Anyone who has sat and just watched their animals frolic about and play will probably tell you that a feeling of calm has come over them. It’s not just the jolly playfulness that makes us relax and smile. Each time our moods shift, so too does the cortisol level within our bodies, especially when we feel happy and calm.

Cortisol is a natural hormone within the body and it is directly associated with the level of stress we feel when overwhelmed. A few minutes of watching your animal at play or playing with them can increase or balance our cortisol levels, giving us a peaceful feeling or diminishing the amount of stress we feel at that moment. The less stress we feel, the less instances of wear and tear our bodies experience, adding years to our lives over the long-term.

Lower Blood Pressure
Studies conducted by the American Heart Association have concluded that pet owners, specifically those that own dogs, have shown that individuals who own pets often have lower cholesterol levels as well as blood pressure levels that are lower.

One recent study showed that of the 5,200 adults, 54 percent who were dog owners had lower cholesterol and blood pressure levels than those who were not dog owners and in addition these owners were also less likely to be obese as their activity levels were higher than non-canine owners. Researchers have long noted lower levels of cholesterol and triglycerides in those with pets which is thought to be because pet owners often have less sedentary lifestyles than those who do not own pets.

Less Instances of Depression
This is not to say that some who deal with diagnosed depression should not seek out medicinal remedies such as therapy and medications which can help alter and balance the chemicals in our brains that contribute to depression and mania. However, many therapists and medical professionals often will prescribe pet ownership as another tool to combat these conditions and assist in recovering from depression.

In various studies, those who owned pets and spent time with them either talking or playing with them (or both!) reported that they felt better emotionally and that it also gave them added responsibility so there was less focus on being sad and more reason to get out of bed during the day.

Even simple acts such as petting a dog or cat was found to have a lasting and calming effect on those with depression as the focus of hardships is placed on the back burner and instead they are able to enrich their pet’s lives and their own at the same time.

Better Physical Fitness
This works more with dogs than other animals, but the FDA recommends that everyone get a minimum of 30 minutes of exercise each day. Owning a dog that requires walking each day for better health can also ensure that the pet owner meets these minimum requirements as well.

As an added benefit, weight loss often occurs but more importantly, when we walk our blood and circulation improves which contributes to better heart health overall. Your pet will appreciate the exercise and live longer themselves and they make excellent workout companions.

Fewer Strokes
Research has been done on cat owners and these studies show that those who spend a lot of time stroking and petting their cats have fewer instances of stokes. Though it isn’t entirely understood what the correlation is, some schools of thought include believing that the stroking assists in the blood flow and increases circulation, both of which can contribute to less instances of strokes.

Better Emotional Stability
We can’t help but talk to our furry friends and communication and interaction does wonders for the soul and mind. Studies show that conversing with our pets and interacting with them naturally makes us feel more calm and relaxed, and increasing our social interactions also increases the serotonin in our brains. Serotonin is responsible for the “good feelings” we have and thus by increasing the level, we naturally feel more at ease and happier.