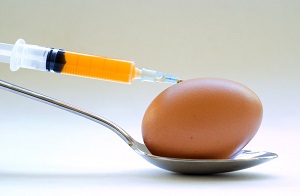 Genetically Modified Foods or Genetically Modified Organisms (GMOs) are laboratory creations of agricultural biotechnology engineered by inserting DNA from a foreign species into plants or animals. Genetically modifying food sources can make them bigger, stronger and more nutritious. Changing genes in plants can protect them against disease. It can also help them survive when exposed to herbicides and insects. However, the foreign DNA may be from a virus, bacteria such as E. coli, insects, animals or humans, resulting in traits that would not occur naturally.

About 70% of all processed foods on supermarket shelves contain at least one genetically engineered ingredient. Studies have shown GMOs cause infertility, birth defects, accelerated aging, dysfunctional insulin regulation, changes in major organs and the gastrointestinal system, cancer, and immune problems such as asthma, allergies, and inflammation. As a result, some agencies have called for a moratorium on GMOs.

How can you avoid Genetically Modified Foods?

Choosing 100% organic foods is the best option when shopping at your local grocery store. There are no laws forcing companies to label their food as being genetically modified.

It is up to us as consumers to recognize this potentially dangerous problem and take precautions to insure that we are not placed at risk by this genetic engineering of our food supply. It only takes a small percentage of people who refuse to buy genetically modified foods to effect a change at the of the largest food companies. When major food business begins to see that offering GMOs does not pay, they will begin to pull these dangerous foods off the shelves, or at least begin to clearly label foods that have been modified in some way. It is our option to choose what we want to eat, but we need all the proper information in order to make the right choice. They do say, we are what we eat. Make sure you are 100% natural.