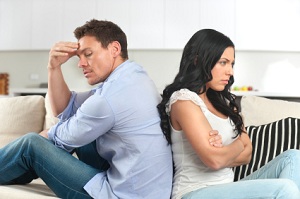 The theory that fighting can actually be a good thing in any relationship is one that is foreign and much debated by many couples. Of course fighting in excess differs from the occasional argument and therein lays the difference between a relationship that is healthy and one that is on the wrong track. Truth be told, there are a myriad of reasons why fighting is good for your relationship as long as the couple is not making it a habit and the fighting is fair.

It Means You Care

The occasional fight, even the knock down, dragged out ones are a sign that there is still passion and fire within a relationship. When thought about logically, arguing with someone shows that you still care about them, and what is going on, on some level. Once we lose interest in something or someone, we rarely have the energy or desire to fight for it and that is where many relationships begin to crumble.

Once a relationship has entered the ‘no talking, no fighting’ zone it is a good signifier that at least one of the parties has given up altogether on communicating or that they are simply resigning to being miserable in the relationship, and this is detrimental to any couple.

It Gets Things Out In the Open

Fights and arguments can happen for all sorts of reasons, but many times couples fight because they have kept things bottled up and then when it reaches the point to where they can’t rationalize the issue, a fight ensues. Not dealing with these issues is a quick way to drive any relationship into the ground. Nothing gets solved when things are not discussed and communicated, and arguing can be a proactive way to get these pesky issues out in the open and dealt with once and for all.

Without the Bad, We Wouldn’t Recognize the Good

That pit that one gets in their stomach after a fight, particularly when one or both parties have stormed off is our internal meter letting us know that we need the other person. In order for anyone to understand and appreciate the good things in life, we must have something to compare it to; enter in the bad times. Once we have seen the worst of our partners, we can also begin to better appreciate all the good in them. These bad times also help us appreciate all the good times that we share with that same person.

Life can get complicated and hectic and sometimes we just need to throw a temper tantrum to release the stress and steam that builds within us. One of the reasons we are more apt to take things out on our partners is that we know that they are, for the most part, safe havens where we can unleash and unload our explosive emotions without the normal fear of abandonment that may happen with other people whom we aren’t in a committed relationship with.

Our partners can help us rationalize and compartmentalize these stressors and in the end, we love them even more because they offer support, guidance and advice.

There Are Lessons to Be Learned

In essence, arguments and fights provide an arena for us to know our partners better and come to terms with what they and we are willing to accept and compromise on, and what we and they are not. If done properly, fighting can be a great way to clarify misconceptions and repair hurt feelings or misunderstandings. Arguments and conflicts are sometimes necessary to get through to the other party that you mean business and need a resolution to an ongoing or new problem.

There is a fine line between healthy and productive fighting and unhealthy. First, couples should not be fighting more than they are happy. Excessive arguing generally means there are deeper issues going on and they need to be addressed sooner rather than later.

Fighting should never get so bad that it turns physical. Regardless of how irate one becomes, if either of the people within the relationship feels the need to resort to physical abuse, that relationship is not healthy and should be ended immediately.

Fighting should never include berating or insulting the one you love. Although it is difficult to remain respectful, the effort should always be there to communicate what your issues and feelings are without dragging the other person’s dignity and self-worth through the mud. If need be, excuse yourself and take a few moments to calm down and collect your thoughts, and then revisit the argument in a more rational state.