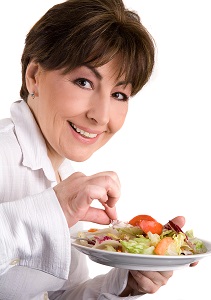 Perhaps one of the more interesting things I have seen relating to dietary research is how diets change as a person gets older, specifically women. In this article I am going to take a little look at a few of these differences, and perhaps give some sort of indication as to why our diet may change as we age. The age to diet correlation that I am going to be discussing here stems from a recent study which looked at around 2,000 women of a variety of ages. Now, there has been no study related to males in the same vein, however, it could be argued here that these results could potentially apply to males as well.

Generally speaking, this study discovered that older women tended to eat far healthier than those of the younger generation. Perhaps the main reason for this is the variety of food that we have available on the market right now. Those of the older generation seem to be more used to ‘home style’ cooking, whereas the younger generation are all about the fast food and takeaways. If this study surrounding age/diet correlation was carried out far later then I would hazard a guess that the results would be far different from what we see today. If people maintain the same eating habits throughout their lives than it’s likely that when the current younger generation reaches their 50s and 60s they will still be eating fast food more regularly.

Perhaps one of the most intriguing things about this study is that despite vegetable consumption being significantly higher in the older generation, very few people across all age groups actually met the recommended dietary requirements for fruit and vegetables. Experts suggest that both adults and children should be consuming 5 portions a day.

The older generation are also consuming far more dietary fibre, yet they still weren’t reaching the recommended allowance. In addition to this, both groups consumed high amounts of fat, but it was significantly lower in the older generation. However, almost everybody seemed to eat far more fat than they actually needed, which is very unhealthy. It’s important to note that there are healthy fats that should be consumed as part of a balanced diet whatever your age.

The strange thing is, even if a person exercised frequently at a younger age, they still seemed to eat far less healthy than the older generation. Which of course could indicate that it is the foods available on the market at the moment which affect this. The younger generation, who are just starting their families and their careers, are short on time and tend to settle on convenience when it comes to food.

So in summary, as you get older, you tend to eat far healthier. Perhaps the main reason behind this is that we tend to treat our body better in our older years, because as we age we are more prone to diet related illnesses. Most people want to slow down the aging process as well and know that eating healthy can help. Of course, it remains to be seen if diet does actually change as we get older, or if we follow what we were used to when we were younger.